Sexual violence affects every demographic and every community – including lesbian, gay, bisexual, transgender and queer (LGBTQ) people. According to the Centers for Disease Control and Prevention (CDC), lesbian, gay and bisexual people experience sexual violence at similar or higher rates than heterosexuals. The National Coalition of Anti-Violence Projects (NCAVP) estimates that nearly one in ten LGBTQ survivors of intimate partner violence (IPV) has experienced sexual assault from those partners. Studies suggest that around half of transgender people and bisexual women will experience sexual violence at some point in their lifetimes.

As a community, LGBTQ people face higher rates of poverty, stigma, and marginalization, which put them at greater risk for sexual assault. We also face higher rates of hate-motivated violence, which can often take the form of sexual assault. Moreover, the ways in which society both hypersexualizes LGBTQ people and stigmatizes our relationships can lead to intimate partner violence that stems from internalized homophobia and shame.

Yet, as a community, we rarely talk about how sexual violence affects this community’s unique needs when it comes to preventing sexual assault and supporting and caring for survivors of sexual violence.

Within the LGBTQ community, transgender people and bisexual women face the most alarming rates of sexual violence. Among both of these populations, sexual violence begins early, often during childhood.

For LGBTQ survivors of sexual assault, their identities – and the discrimination they face surrounding those identities – often make them hesitant to seek help from police, hospitals, shelters or rape crisis centers – the very resources that are supposed to help them.

Eighty-five percent of victim advocates surveyed by the NCAVP reported having worked with an LGBTQ survivor who was denied services because of their sexual orientation or gender identity. The 2015 U.S. Transgender Survey found that one in five (20%) respondents who were incarcerated in jail, prison, or juvenile detention in the past year were sexually assaulted by facility staff during that time. Additionally, 17% of respondents who stayed at one or more homeless shelters in the past year were sexually assaulted at the shelter because they were transgender.

This epidemic of sexual violence in the LGBTQ community is something we must all work together to address. If someone discloses to you that they have been sexually assaulted, remember to believe them, reassure them that it wasn’t their fault, keep their disclosure confidential (unless the situation requires mandatory reporting), and never pressure them for more information than they want to share.

Below are more LGBTQ+ resources:

This project is supported in part (or in whole) by grant, 03215VAGX006403 from the U.S. Department of Justice, Office of Justice Programs, Office for Victims of Crime through the Indiana Criminal Justice Institute. Views contained herein are those of the author and do not represent the position of USDOJ or ICJI.

Click Here to know more about Our Domestic Violence Services 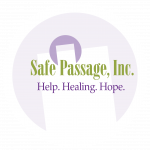 Need Help or Want to Donate? Contact us Today.